WHAT MAKES AMERICA HOLD SUCH A SOFT SPOT FOR US?

Italia!
A boot-shaped and relatively tiny peninsula surrounded by the splendid blue sea and inhabited by passionate, welcoming, loquacious people that just LOVE their hand gestures!

The land of pizza, a 100% Italian cultural heritage literally worshipped worldwide, no matter the shape, the flavor, or the regional variations. You may probably imagine us  riding around our cities on colorful Vespas, just like a typical New Yorker would ideally whistle from the edge of the sidewalk to get a ride on one of the iconic yellow cabs.

The whole world looks at Italy as an authority when it comes to fashion, art, manufacturing, sports, food, wine and so much more.

Ours might be a little nation if compared to the world’s biggest players, like the U.S., but our folk surely demonstrated to have what it takes to outperform several other much bigger countries!

For centuries, the Roman Empire had supremacy all over Western civilization and Latin was the official trade language of an empire that stretched from Egypt to the United Kingdom, from France up to Mesopotamia, a vast region now including parts of Syria, Turkey, and most of Iraq!

During the Middle Ages, the contemporary concept of the enterprise was born here (Feudalism) and only a few years after, while our churches and cities were made famous by beautiful sculptures and architectural wonders, the Great Italian Explorers were out in the world, redefining the concept of distance.

On October 12, 1492, Columbus first landed in the American continent and since then, this date has been celebrated by the 17M Italian Americans that now live in the States.

Did you know that the IAM (Italian American Museum) will be inaugurated in New York, in the very heart of Little Italy, next fall? 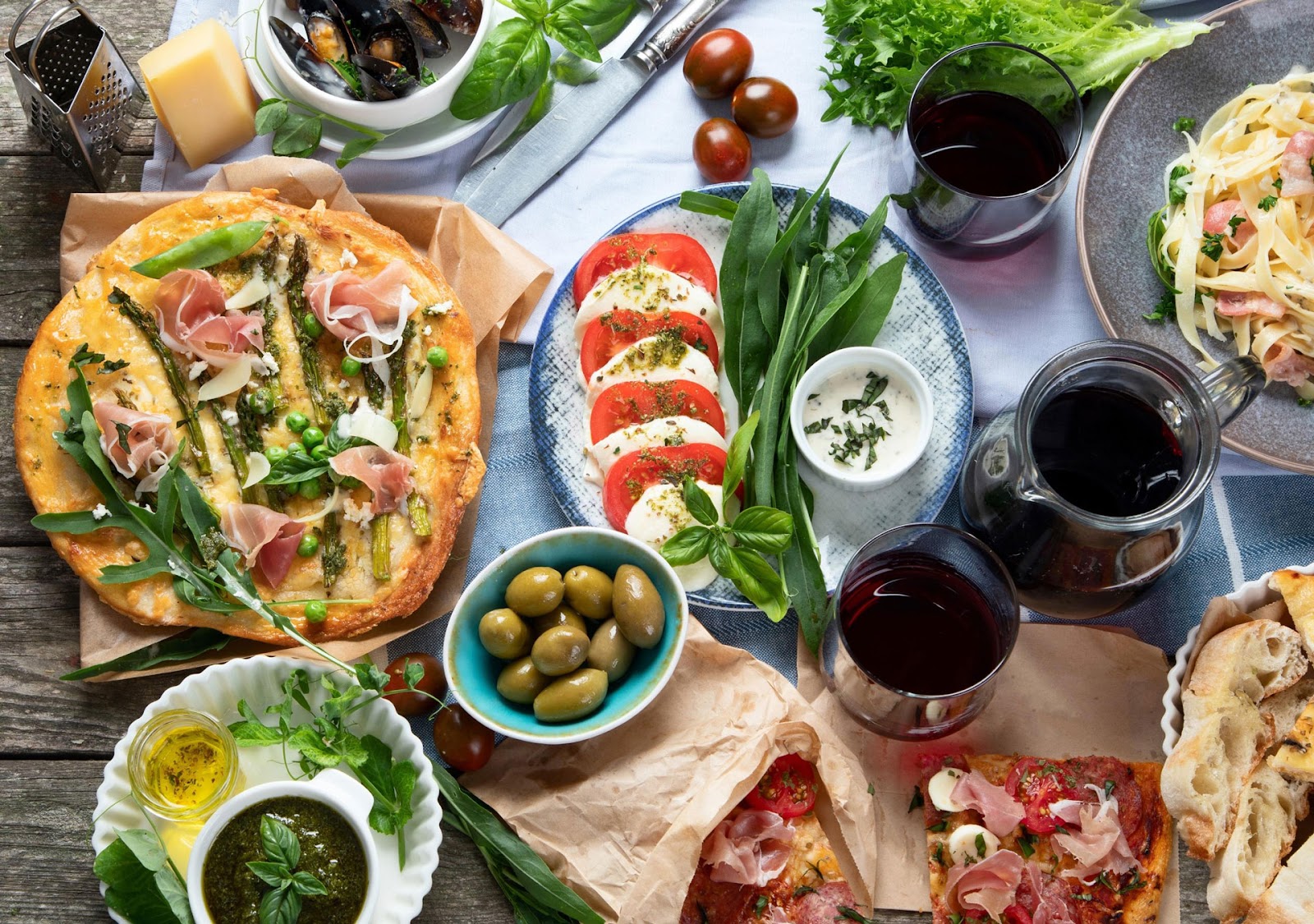 Despite Italy being 32 times smaller than the U.S. and having a population that accounts for 18% of theirs, in 2020, we imported goods for 17.5B euros and exported as far as 43.5B euros to the Land of Liberty, mainly machinery and pharmaceuticals, but a special mention is due to food, fashion and luxury cars.

Finding any similarities between us would seem unimaginable to most of us, for all the obvious reasons, and yet, when asked to think about this topic, 5 of the most surprising analogies just came to mind, effortlessly. Aren’t you even a bit curious to find out more or do you have others you would like to share?

Leave your comment, share this article with friends and colleagues and follow our pages to stay up to date with the latest news and trends in Italy!

We can be quite surprising behind the wheel and despite us not having the immense highway system you can brag about in the States, it is fair to say that we live and drive as if it was our last day on this planet literally every time we start our cars!

We both drive on the left side of the car and trust us, we can definitely relate to the insane levels of traffic you have in the major cities. Just try to leave your hotel room in Rome at peak times!

Fair warning: our concept of parking in a designated area can be very – ehm – broad, and you may even think that road signs were just put there to decorate the scene, but the truth is that we just love to be on the road, even if we’re constantly complaining about it.

All that said, would you ever consider a Fly & Drive tour in Italy?

Dig into our Italian Renaissance 8-day independent travel itinerary and book your next getaway with us! 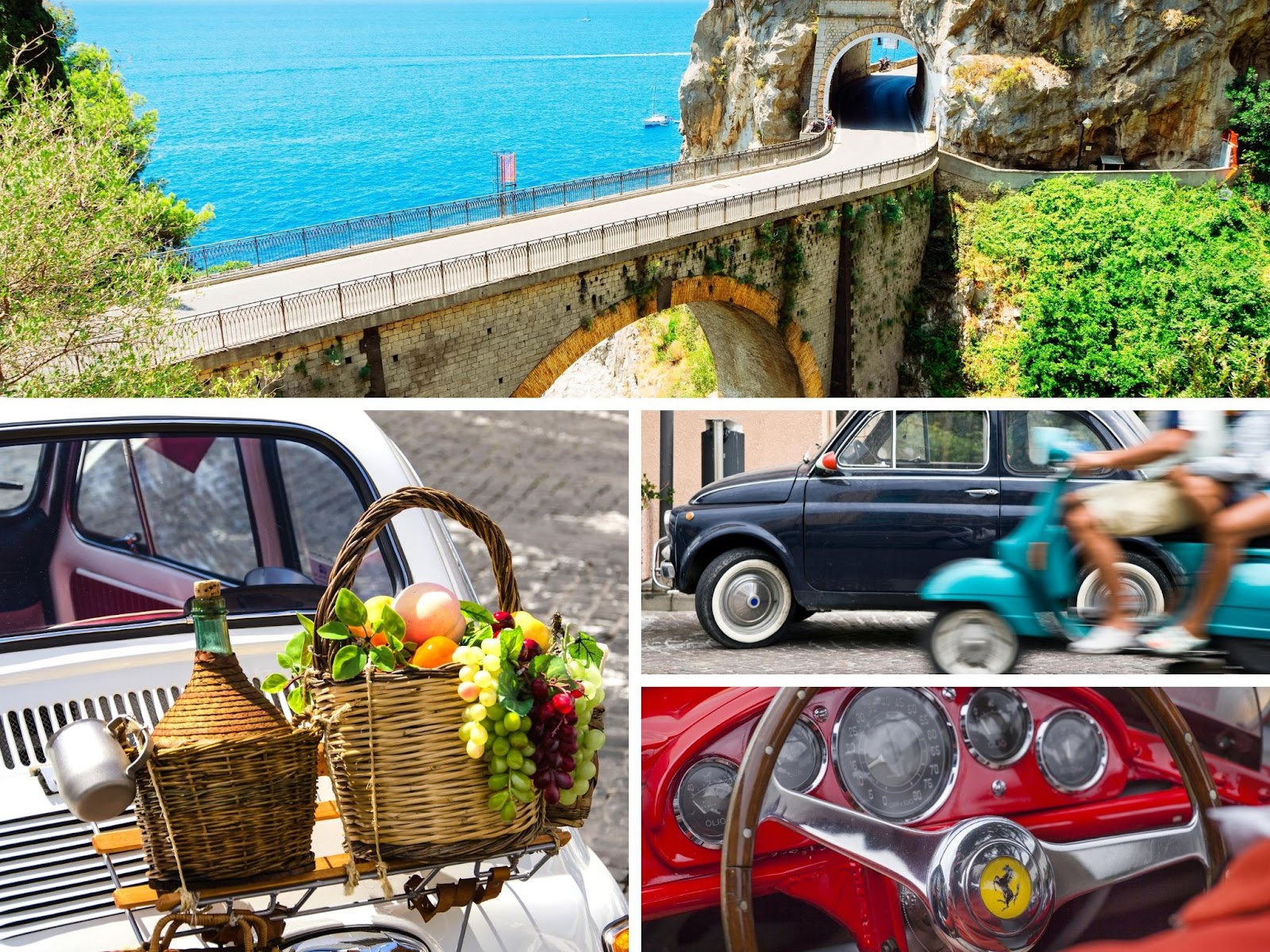 You guys are huge and can show off a variety of landscapes and climate regions, north to south: from the polar temperatures in Alaska to the tropical heat of Hawaii, you have it all!

Italy, despite its small size, has the outstanding ability to present many climate zones in itself. The temperatures in the Dolomites, the major mountain chain up in the North, can drop as low as -48 °C during the winter months!

Venice, Milan, Turin, Rome, and Florence are among the most known cities of art, architecture, and fashion on the planet, but few know that winters here can be as freezing as summers are scorching.

No panic though, as you may reward yourself at the end of your flawless 365° tour of Italy with a memorable stop in the magnificent regions of Apulia, Calabria, Sicily, or Sardinia, with their paradise light-blue sea and a food heritage that will take your breath away!

Looking for some inspiration? Take a peek at our Instagram profile and start planning your next vacation! 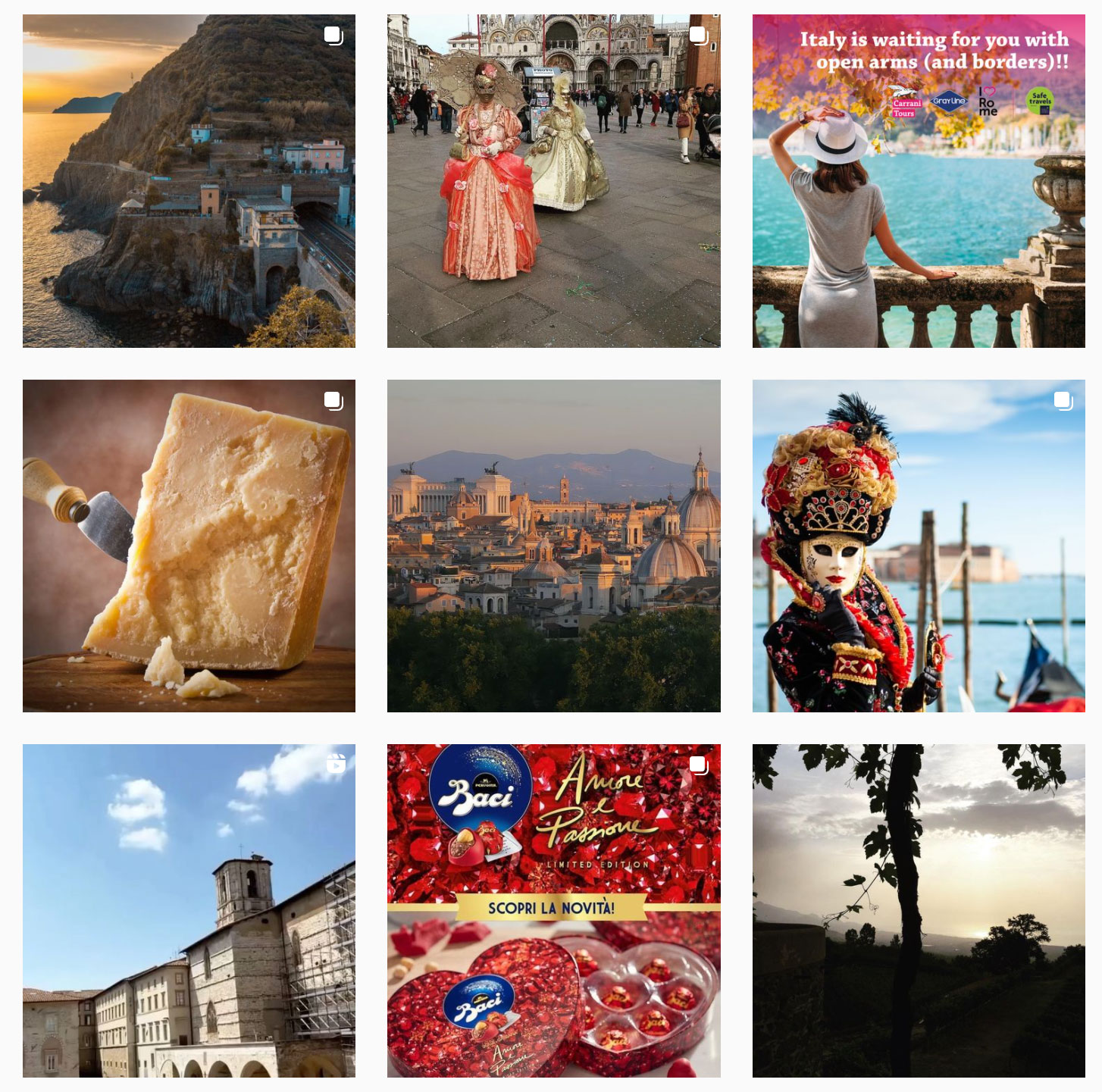 Think about U.S.’s favorite national pastime now.
Baseball, football, and basketball definitely stand out and beat any possible competition a fair and square 100 to 0.

Here instead, we are devoted to soccer even before being born and the team we are supposed to support is often the same one all the family has been faithfully worshipped for at least 50 years or so. Predestination, am I right?

Our Serie A national championship reunites some of the most acclaimed teams in the world – Juventus, Inter, Milan – and has contributed to the international success of athletes like Del Piero, Buffon, or Totti. The Italian National Team, also known as “the Azzurri”, just won the Euro Cup 2020, postponed to last summer due to the Covid emergency.

What better way to explore this beautiful country than a unique extensive national tour of its sports venues? If this is your dream holiday, make sure to reach out to our team and ask about a customized itinerary! 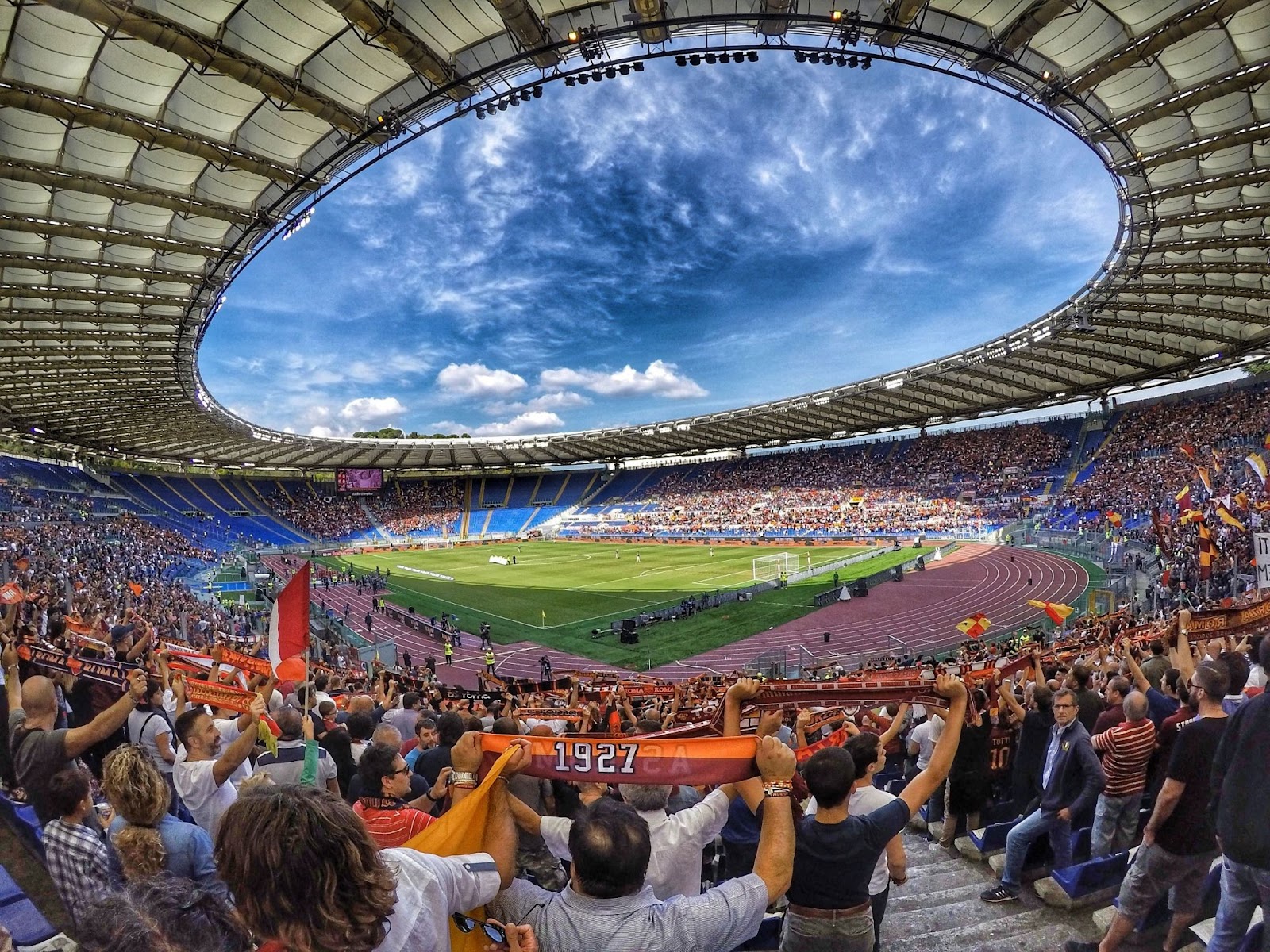 The United States is the world’s #4 biggest wine producer with 2.3M liters per year, behind Spain (3.2M), France (3.5M), and Italy (4M). Napa Valley, in the California state, makes up for a considerable share of the total American production and is among the most appreciated wine regions globally.

For us, wine is a celebration of the pagan origins of our world and land; it is a pure moment of relaxation that we may want to share with family, friends or colleagues or even by ourselves, and our whole territory produces some of the most renowned (and exported) labels in the world.

From Gewürtztraminer in Trentino Alto-Adige, to Amarone di Valpolicella. From the sparkling wine (spumante) of Franciacorta to Barolo or Barbera in Piedmont. From Sauvignon that comes from the Friuli Venezia Giulia region, to the international Chianti, Brunello di Montalcino (Tuscany), but also Primitivo and Negaramaro from Apulia or Nero d’Avola, from Sicily.

Grapes here are divine and that is why many of our itineraries and travel packages often include tastings in some of the best local wineries in the country.

Fall in love with our 3-night package in Perugia and celebrate life with a glass of wine with your loved ones! 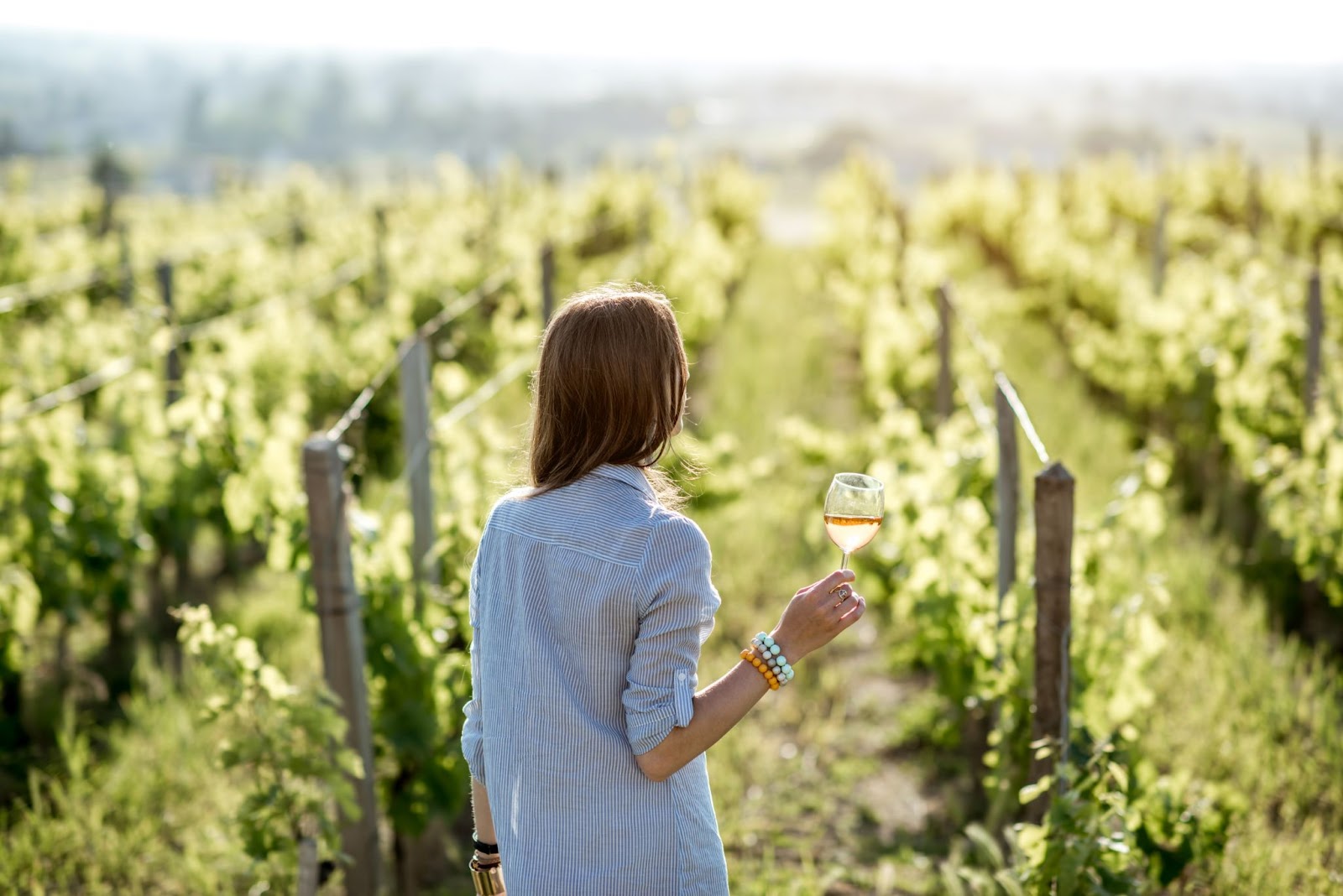 Not to brag but Italians were always at the top of the world in every possible sector: from Julius Caesar to Dante Alighieri, from Marco Polo to Leonardo da Vinci, from Michelangelo to Caravaggio, from Luciano Pavarotti to Andrea Bocelli, but also Ennio Morricone, Sophia Loren, Monica Bellucci or sports athletes like Valentino Rossi. Italy equals creativity and who could possibly embody the trend-setter type better than Chiara Ferragni or Khaby Lame?

The Italian passion transpires from everything we touch, write, paint or sponsor: the Bel Paese is home to the most famous fashion brands in the world – like Gucci, Prada, Dolce&Gabbana, Bulgari – which compete with French high couture (Chanel, Dior) and international luxury giants (Balenciaga, Mark Jacobs, DVF, etc.).

Our medieval literature has inspired generations of international writers like Chaucer or Shakespeare; the painfully beautiful marble sculptures and frescoes of our Renaissance artists are still replicated everywhere on the planet and millions of people visit our museums, churches, and art places every day.

Italy is, after all, the country with the highest number of UNESCO cultural sites in the whole world and we cannot wait to share this country’s beauty with all of you, now finally free from the many restrictions imposed by the Covid situation.

Come discover Naples as the two protagonists of Elena Ferrante’s My Brilliant Friend, or admire Rome – the Eternal City – from one of its spectacular panoramic rooftops in The Great Beauty style. Dive in the magnificent Ligurian sea like Luca would do, or make the most out of your summer Under the Tuscan Sun.

Contact our team! We will make your dream holiday in Italy a solid reality! 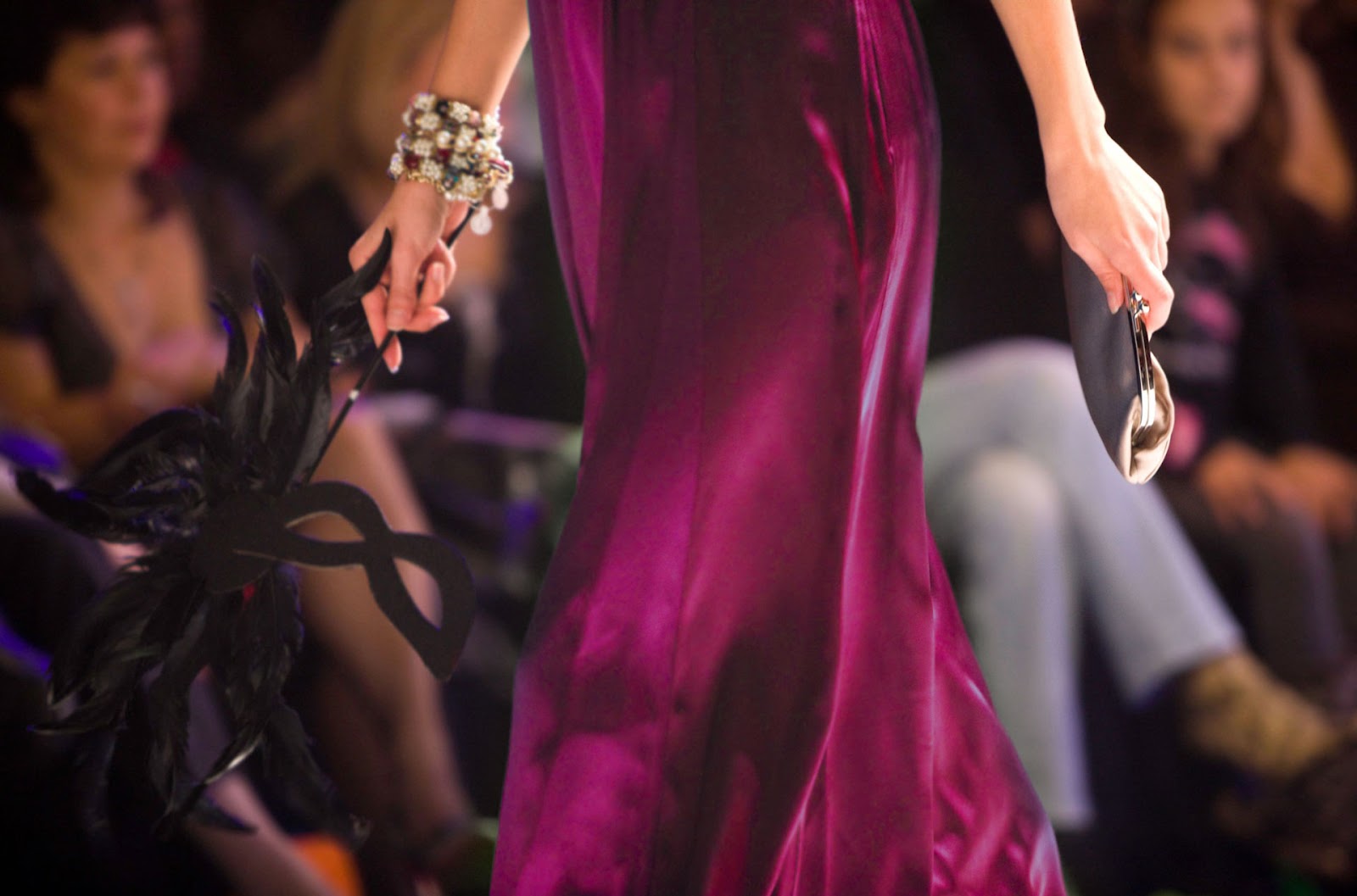 The fashion business is the #1 e-commerce sector in the world, with a global turnover of 760B $

We use cookies on our website to give you the most relevant experience by remembering your preferences and repeat visits. By clicking “Accept”, you consent to the use of ALL the cookies.
Cookie settingsACCEPT
Manage consent

This website uses cookies to improve your experience while you navigate through the website. Out of these, the cookies that are categorized as necessary are stored on your browser as they are essential for the working of basic functionalities of the website. We also use third-party cookies that help us analyze and understand how you use this website. These cookies will be stored in your browser only with your consent. You also have the option to opt-out of these cookies. But opting out of some of these cookies may affect your browsing experience.
Necessary Always Enabled
Necessary cookies are absolutely essential for the website to function properly. These cookies ensure basic functionalities and security features of the website, anonymously.
Functional
Functional cookies help to perform certain functionalities like sharing the content of the website on social media platforms, collect feedbacks, and other third-party features.
Performance
Performance cookies are used to understand and analyze the key performance indexes of the website which helps in delivering a better user experience for the visitors.
Analytics
Analytical cookies are used to understand how visitors interact with the website. These cookies help provide information on metrics the number of visitors, bounce rate, traffic source, etc.
Advertisement
Advertisement cookies are used to provide visitors with relevant ads and marketing campaigns. These cookies track visitors across websites and collect information to provide customized ads.
Others
Other uncategorized cookies are those that are being analyzed and have not been classified into a category as yet.
SAVE & ACCEPT
Powered by