When we think of Sanremo, we think of flowers, of the region of Liguria, recently featured in the Pixar animation film Luca, with its homage to Italy and the Cinque Terre. But more than anything else, Sanremo means music!

The 72nd edition of the Sanremo Festival, the country’s biggest musical event, is about to start: it will be live on Rai1 (1-5 February) from the historic Teatro Ariston!

The goal? Every artist wants to win and to represent the country at the Eurovision Song Contest, this year in Turin after the 2021 edition won by Måneskin, who quickly climbed all global music charts with their single Zitti e Buoni.

Italian music conquers millions of fans around the world every year, and Carrani Tours has come up with the best songs for an unforgettable journey that, as Raffaella Carrà would say, goes “from Trieste down”, with the 15 ideal songs for an on-the-road itinerary. Our playlist, Italian Soundtrack, is already available on Spotify!

Listen to it or share it with your travelling companions and tell us in the comments the songs that always keep you company in your travels! 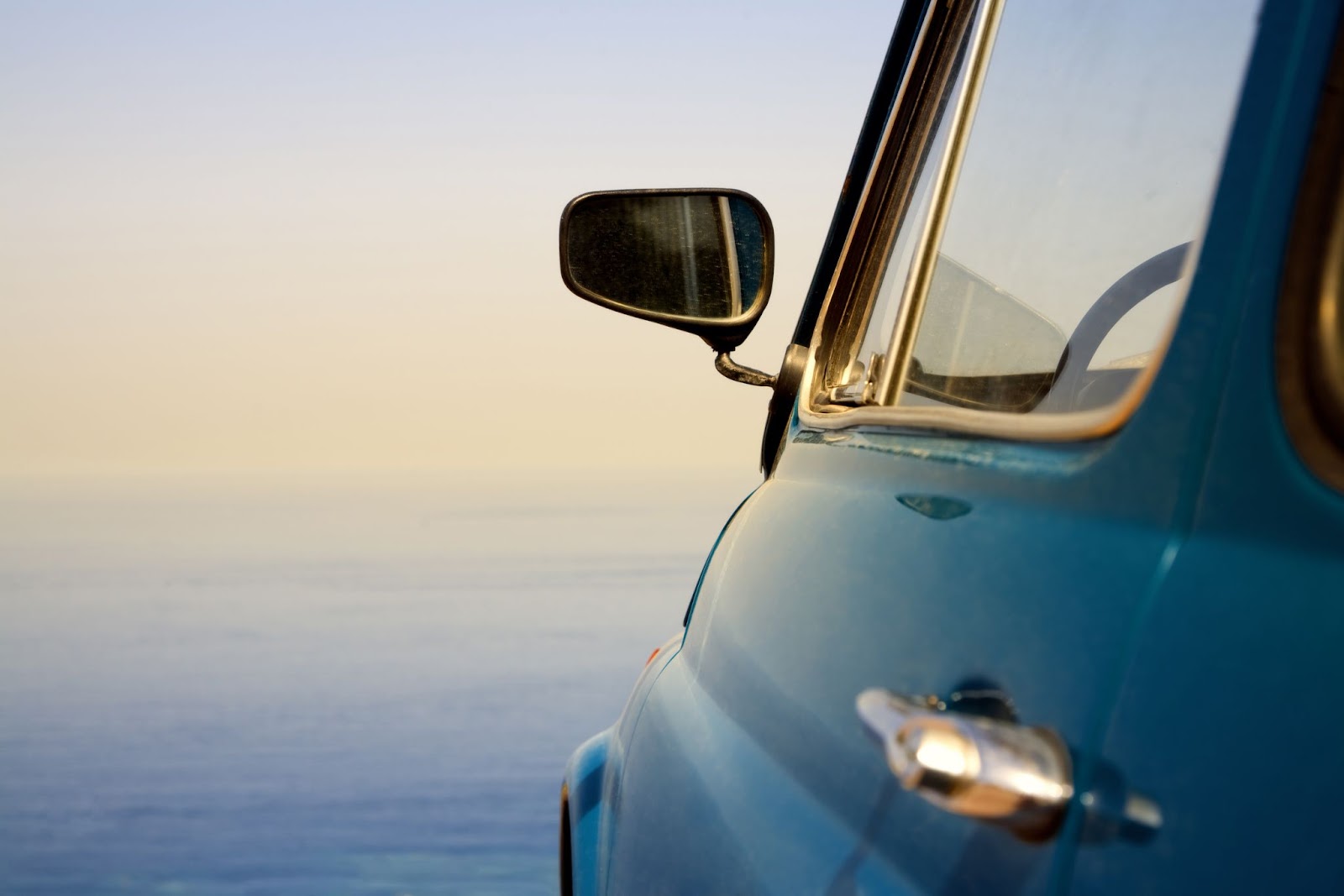 A song from 1958, written by Franco Migliacci and Domenico Modugno, who performed it with Nilla Pizzi and won the Sanremo Festival of the same year. It was a worldwide success and is still one of the best-known Italian songs of all time.

Blue like the sea that surrounds Sorrento, an enchanting town in the romantic Costiera! Have you ever been there?

Discover all the tours for Sorrento and book with us!

Released in 1977 as part of the album Io Tu Noi Tutti, the song was composed in music by Lucio Battisti and in words by Mogol, one of the greatest Italian songwriters.

What could be better than a road trip to discover our fabulous cities of art and varied landscapes, admired from the luxury car you will be driving?

A very young Grignani presented this song, taken from the album of the same name, at the 1995 Sanremo Festival, winning over the Italian and Latin American public.

The Italian Paradiso is waiting for you: our high-speed train travel package will let you travel through its most beautiful destinations!

Literally meaning Sky in a Room, this is a song composed by a very young Gino Paoli, later proposed by Mogol to Mina who reached 2 million copies, making it the best-selling 45 rpm record of 1960.

Considered one of the best examples of national songwriting, it evokes the marvellous frescoes of Raphael’s Rooms, or the Sistine Chapel, inside the Vatican Museums.

Visit the Vatican Museums with the Gray Line I Love Rome guided tour!

Deliberately conceived as a musical portrait of the concept of travel, this song, performed by the famous Tuscan tenor, is halfway between opera and pop music and still is one of the greatest successes of Italian music worldwide.

Would you want your ticket for the exclusive Andrea Bocelli concert at the Teatro del Silenzio in Lajatico?

Book with us your ticket to the concert on 28 July and choose between many different accommodation packages!

The refrain of this famous 2005 hit, whose title literally means Rolling Southward, makes us want to dance barefoot on one of the beautiful beaches of Salento, admiring the magic of the sunset over the Apulian sea.

Ready to leave with us?

Book now the Fantasia di Puglia tour and leave with us for the 2022 holidays!

First performed at 2002’s Festival di Sanremo, this song has been sung and performed by many artists over the years who have appreciated its irony and light-heartedness (the artist imagines himself as something very light, ready to fly up in the sky), two elements that make it perfect to accompany you on your discovery of Italy!

And speaking of being up (or down), how could you miss the capital’s pinkest bus, showing you the sights and attractions of the city centre from the top of a panoramic deck?

Discover the Hop on Hop off stops and get on and off whenever you like!

Cesare Cremonini praised his beloved Bolognese hills, but why not think of a Vespa tour of Rome for example, in full Roman Holiday style!

Contact us! We will provide your very 50 Special to let you join us for a guided tour of the most beautiful neighbourhoods of central Rome!

The king of funk, Neffa, talks about a woman here, but we immediately thought of the timeless beauty of the Colosseum, with the stories and legends enclosed and guarded for centuries.

Would you like to spend a moment with us and discover the secrets of this eternal symbol of Romanity, Before Leaving (literal translation of the title)?

Book here the Colosseum tour and discover the Roman Forum and the Palatine Hill in our guided tour of Ancient Rome!

This is a song that perfectly captures the meaning of the journey, not as a proposal, but an imperative to let go, finding the courage to take the road that leads us furthest with positivity and lightness, but also awareness.

Our wish is that you will soon be able to visit the country enjoying the road, perhaps with a private driver, ready to take you wherever you wish and Share the Love!

Contact us for a personalized itinerary with a private driver!

In the video clip of this 2005 track, the Apulian band performs on the beach in Porto Cesareo, in the province of Lecce, singing about their desire for the summer to never end.

Good news! Italy is an incredible country, which you can visit in any season of the year also because Carrani has already thought of what you love most. From the sea to the mountains, from the countryside to the city, from the hipster and trendy hostels to the luxury hotels, all you have to do is name it and we will take you there.

Come and see why Italy will be your holiday destination in 2022!

Gino Paoli’s best-known and loved song, this is a classic of Italian music, with all the arrangements made by world-renowned composer Ennio Morricone.

In Sapore di Sale (literally, A Taste of Salt, referred to the salty sea) we live a typical summer day, on the beach, in the most romantic and enjoyable season of the year.

Feel like discovering our beloved islands in a new version this summer? Contact us and let us plan your tailor-made holiday!

This song, probably the greatest example of Neapolitan song, was published in 1898 and still is one of the best known and sung hymns to our beautiful country!

Reinterpreted by various artists and translated into many languages, it remains in history thanks to Enrico Caruso who, with the typical positivity of the Neapolitan people, sings of the beauty of the sun after a bad storm.

Our personal tribute to this timeless classic is a 3-day itinerary to discover Naples and the legendary Vesuvius.

Contact us for the full itinerary and book your place for spring 2022!

Released in 1975, this is without any doubt the most popular 45 rpm record of the beautiful soubrette with the blonde bob haircut, with over 20 million copies sold worldwide!

Let us tempt you with a package entirely dedicated to Rome’s Great Beauty, the Eternal City: book here!

Although it was created for the World Cup Italia ’90, this song has made history because it is back in vogue after 31 years! Sung at the end of every match by the same national team, this song has become, in the collective imagination, the official anthem of the European Football Championship 2020, won by our Azzurri!

Are you passionate about sport and would like to organise a themed trip?

Put your trust in our team of experts and score the perfect holiday!

Micol is a content creator with a passion for hospitality. She writes about the best experiences in Rome. Her daily mission is making sure that Gray Line – I Love Rome tours and experiences are perfectly uploaded onto our website to offer our guests all over the world a hassle-free experience when booking and enjoying one of our top-rated tours. Born and raised in Rome, she lives in Marino (near Rome) in the beautiful, green and tasty area of Castelli Romani. Her passion is connecting the English-speaking readers to the Gray Line – I Love Rome world!

We use cookies on our website to give you the most relevant experience by remembering your preferences and repeat visits. By clicking “Accept”, you consent to the use of ALL the cookies.
Cookie settingsACCEPT
Manage consent

This website uses cookies to improve your experience while you navigate through the website. Out of these, the cookies that are categorized as necessary are stored on your browser as they are essential for the working of basic functionalities of the website. We also use third-party cookies that help us analyze and understand how you use this website. These cookies will be stored in your browser only with your consent. You also have the option to opt-out of these cookies. But opting out of some of these cookies may affect your browsing experience.
Necessary Always Enabled
Necessary cookies are absolutely essential for the website to function properly. These cookies ensure basic functionalities and security features of the website, anonymously.
Functional
Functional cookies help to perform certain functionalities like sharing the content of the website on social media platforms, collect feedbacks, and other third-party features.
Performance
Performance cookies are used to understand and analyze the key performance indexes of the website which helps in delivering a better user experience for the visitors.
Analytics
Analytical cookies are used to understand how visitors interact with the website. These cookies help provide information on metrics the number of visitors, bounce rate, traffic source, etc.
Advertisement
Advertisement cookies are used to provide visitors with relevant ads and marketing campaigns. These cookies track visitors across websites and collect information to provide customized ads.
Others
Other uncategorized cookies are those that are being analyzed and have not been classified into a category as yet.
SAVE & ACCEPT
Powered by